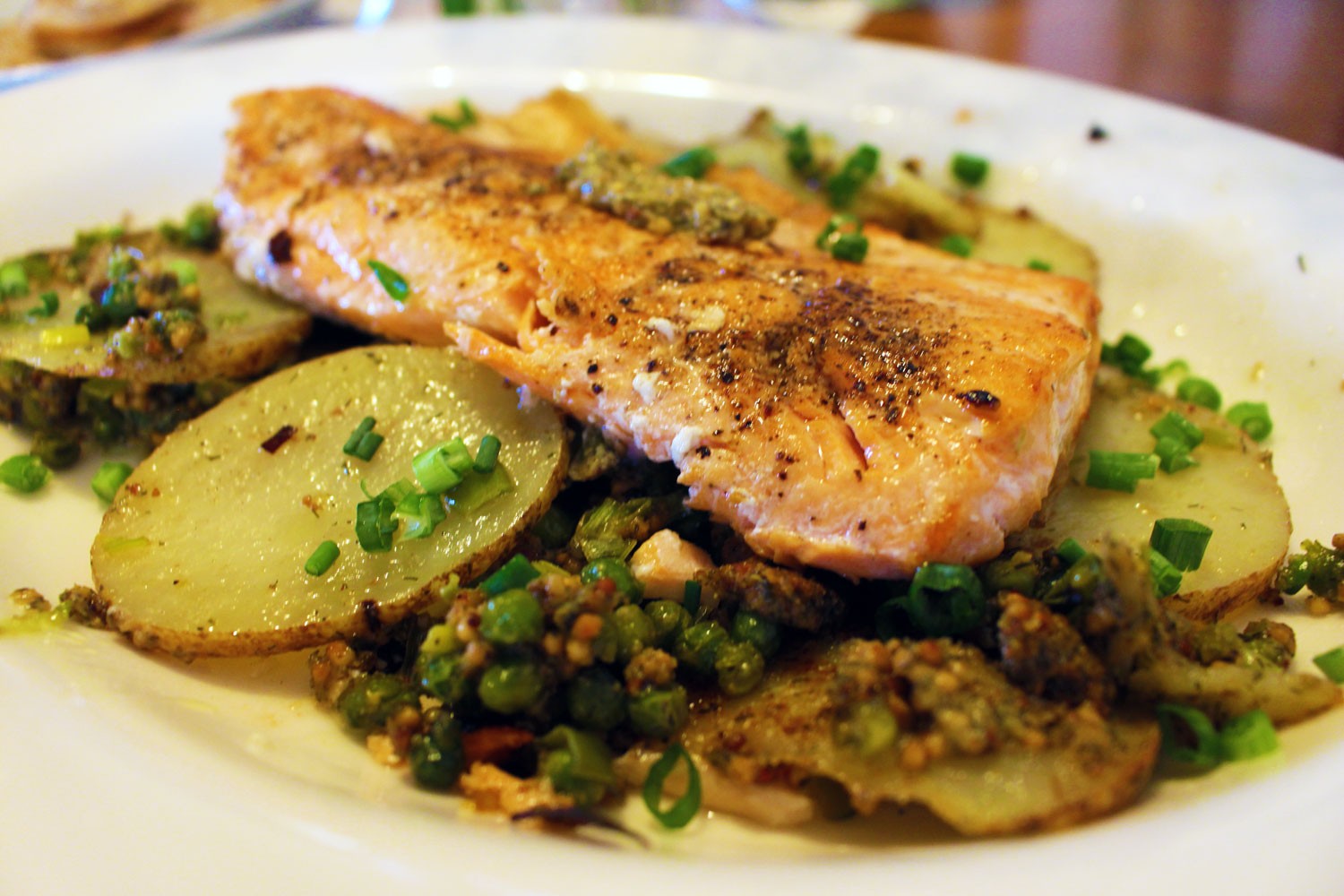 Sustainability-wise, Filet of Arctic Char is a fantastic choice for dish dinners! It’s a farmed fish that can be used similarly to salmon and trout in recipes because of it’s nuanced boldness. This recipe is light but flavourful, and super easy and quick to make! If you’re looking to lighten it up even more, consider replacing the potato mixture with a fresh summer salad.

Start by seasoning the fish with olive oil, salt and black pepper, and heat a heavy bottomed frying pan. 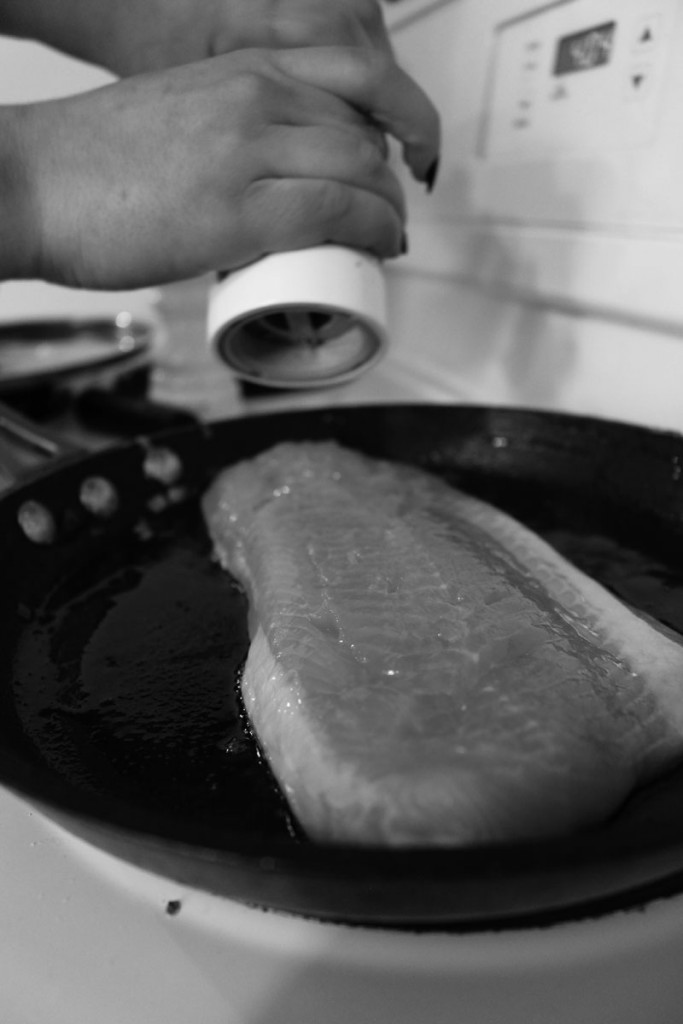 In a separate pan heat a tablespoon of olive oil and add the butter, toss in the potatoes, peas, leeks and green onions. Season and turn until leeks start to soften. 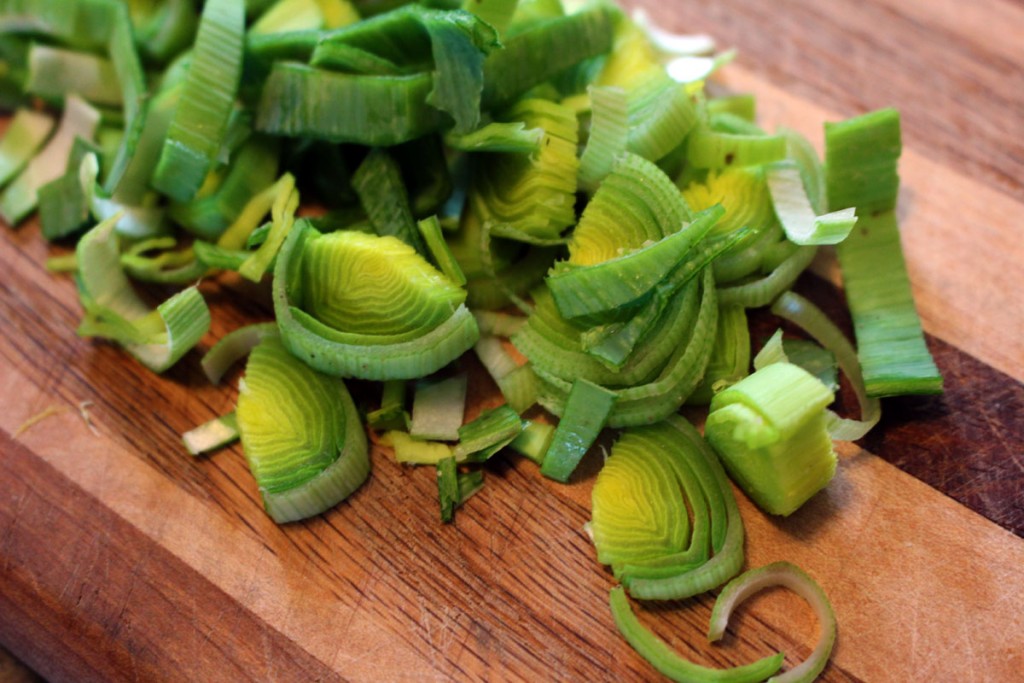 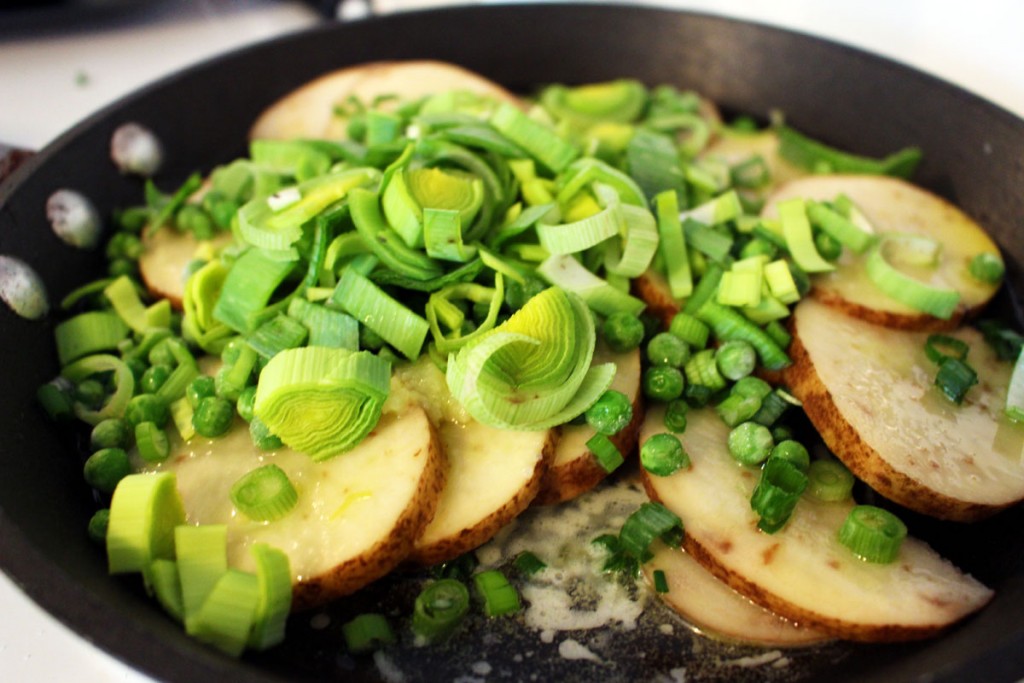 Meanwhile place the fish in the frying pan with a dash of olive oil, skin side down and cook for 3-4 minutes until the skin is crispy, turn only once and shut the heat off.

Add the mustard to the potato pea mixture and correct the seasoning. Allow mustard to coat the vegetables. 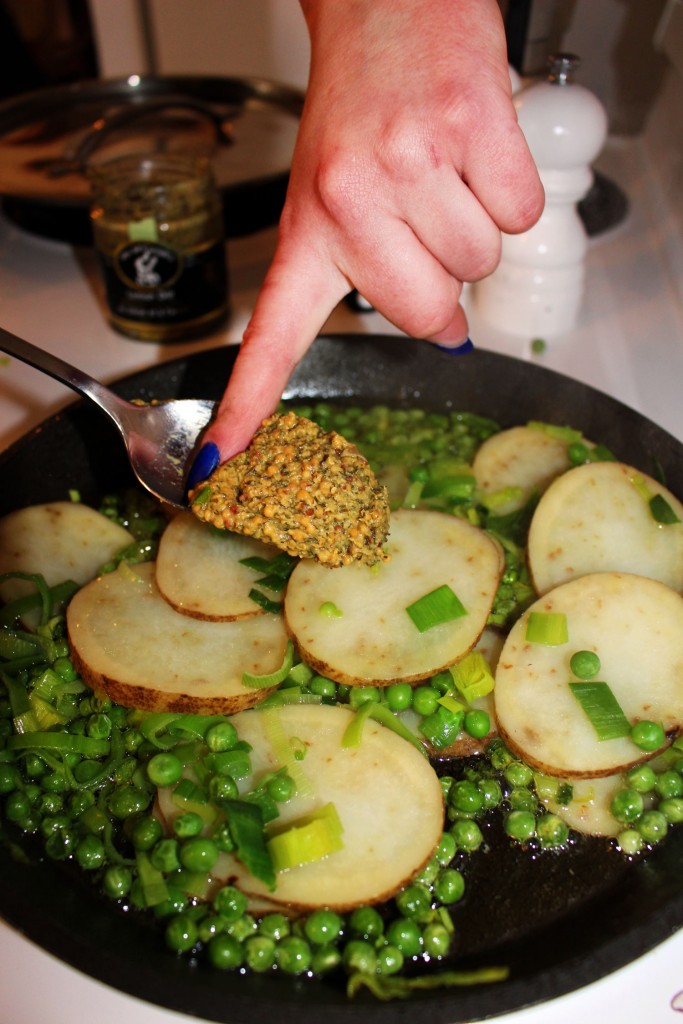 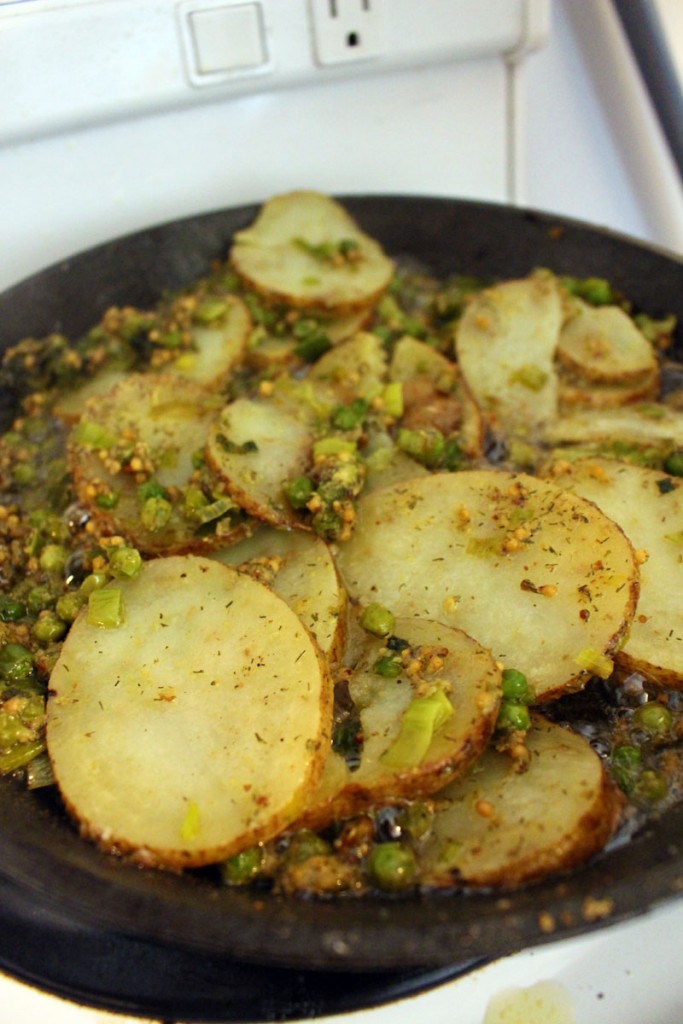 Divide and stack the mixture between four plates, place a piece of fish on each stack. Garnish with a teaspoon more of mustard and some finely chopped green onion. Serves 4-6. 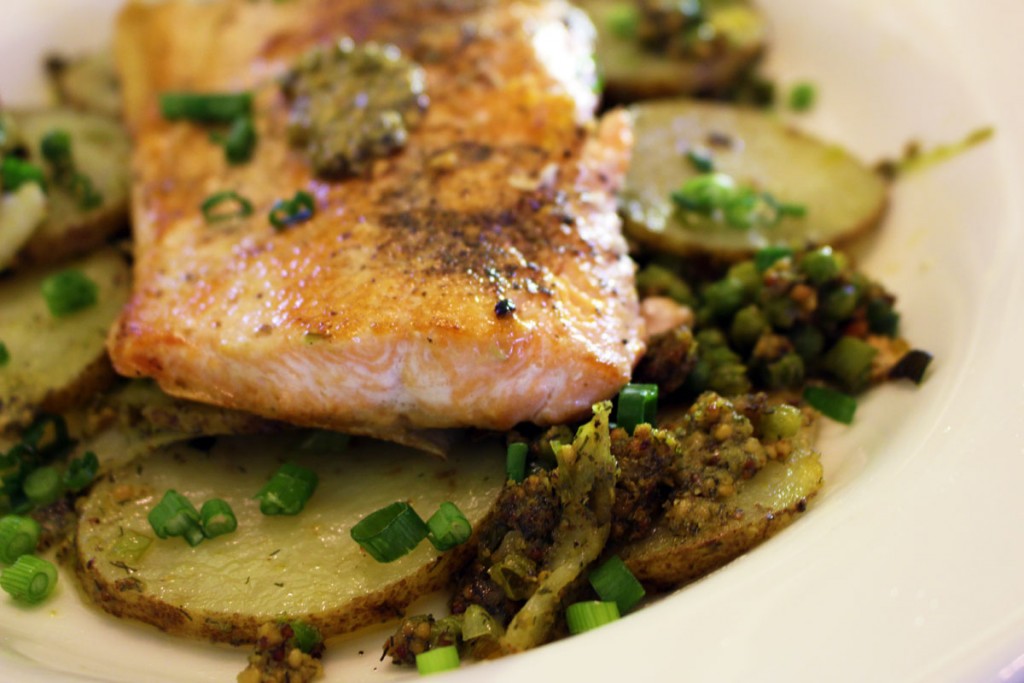 Hailey’s love of sharing fine food and experiences was the driving force behind the creation of The Mustard Blog. She's no longer with the store, but still stops by from time to time ;) 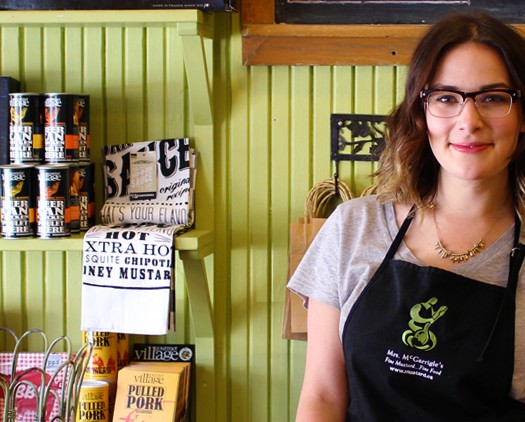 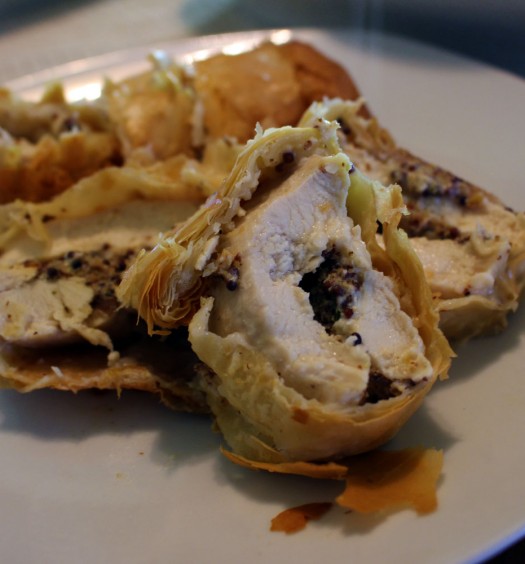